Welcome to the third of ‘WHAT’S IN SOUTHEAST ASIA?‘ blog series.
Last week I posted about Cambodia and there’s 2 part of what you could do in Cambodia.
Now, I’m gonna show you the third country to see in Southeast Asia, which is East Timor!

According to WIKIPEDIA and BBC.COM,
East Timor is officially known as Democratic Republic of Timor-Leste. A sovereign state in Maritime Southeast Asia.It comprises the eastern half of the island of Timor; the nearby islands of Atauro and Jaco; and Oecusse, an exclave on the northwestern side of the island surrounded by Indonesian West Timor. The country’s size is about 15,410 km2 (5,400 sq mi).

East Timor’s road to independence – achieved on 20 May 2002 – was long and traumatic.The people of the first new nation of the century suffered some of the worst atrocities of modern times in their struggle for self-determination. When their Portuguese colonial masters withdrew in 1975, Indonesia claimed the territory for itself and ruthlessly suppressed the independence movement. Eventually the UN took over the administration and supervised the territory’s transition to independence. 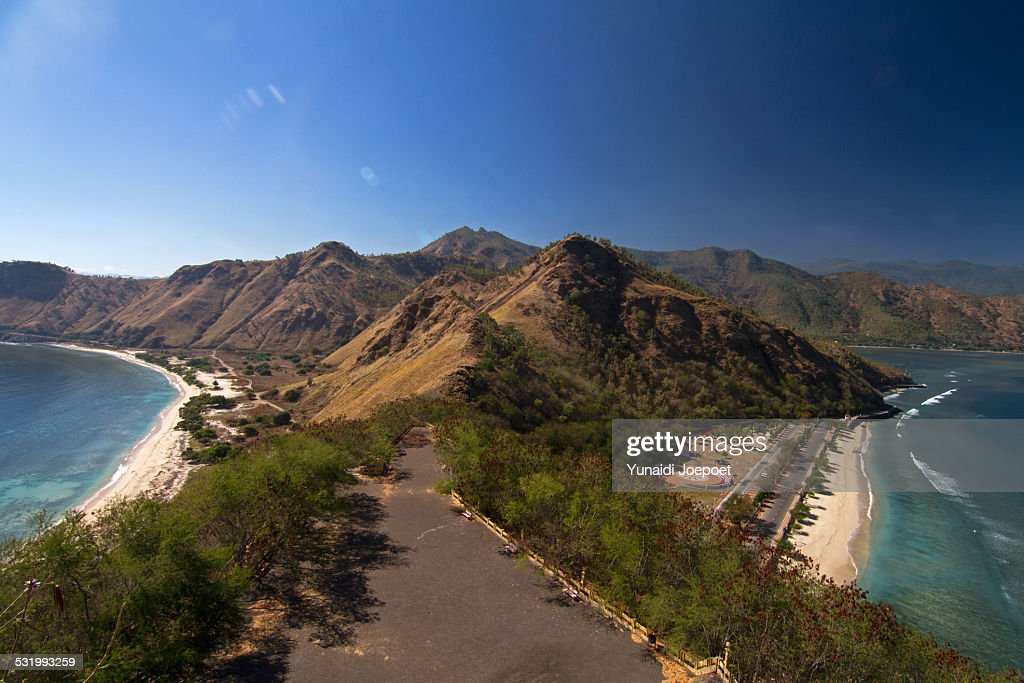 East Timor have 2 official language, which are Portuguese and Tetum. English and Indonesian are sometimes used, and are designated as working languages. Tetum belongs to the Austronesian family of languages spoken throughout Southeast Asia.

What can you do in East Timor?

In this East Timor’s tourist spot, I’m gonna show you some spot that East Timor offered. Actually, I less knowing about East Timor. It wasn’t like I expected about the country, but here they are!

East Timor has a hot and humid climate (tropical). November to May is the wet season with the temperatures averaging 30ºC the year round, with temperatures far cooler in higher altitude areas. The dry season lasts for about 6 months during June to October. The wet season can damage the roads in East Timor, making travel difficult to remote district areas during this time.

Dili
As a capital city of East Timor, Dili has a lot of offering for it’s tourism spot. Not just like any other country where capital city is so much focusing on government and official’s stuff, Dili is a good place to recharge batteries (literally) and base yourself between jaunts into the districts. Dili itself spreads from the airport, along the waterfront and all the way to the Cristo Rei statue in the east. Most of the action occurs on the waterfront, or one or two blocks south of it. Travelers tend to hang out in the bars along Av de Portugal (also known as Beach Rd) and, increasingly, at Areia Branca. 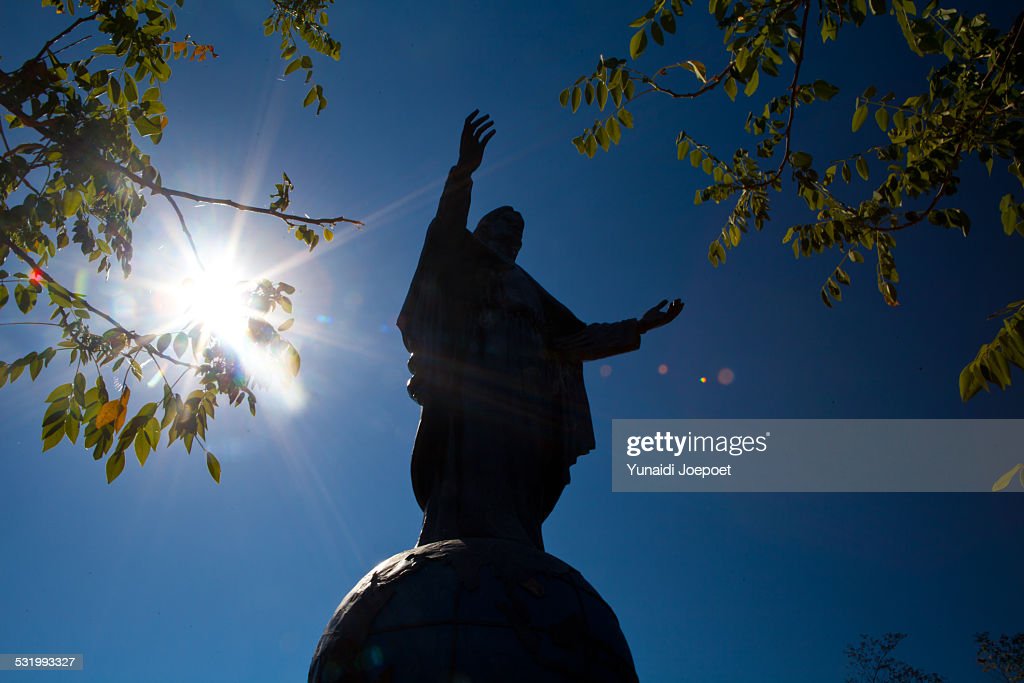 A slightly same with Brazil, Dili also has a statue of Jesus. This statue become an icon of East Timor, even not that famous as Brazil, but for East Timor’s citizen that is their identity. The Cristo Rei of Dili is a 27m (88.6 ft) tall statue of Jesus situated on top of a globe at the end of a peninsula in Dili. It is one of the town’s landmarks. It was a present from the Indonesian Government during occupation for the 20th anniversary of East Timor’s integration into Indonesia. So as say, East Timor is Southeast Asia’s Brazil. 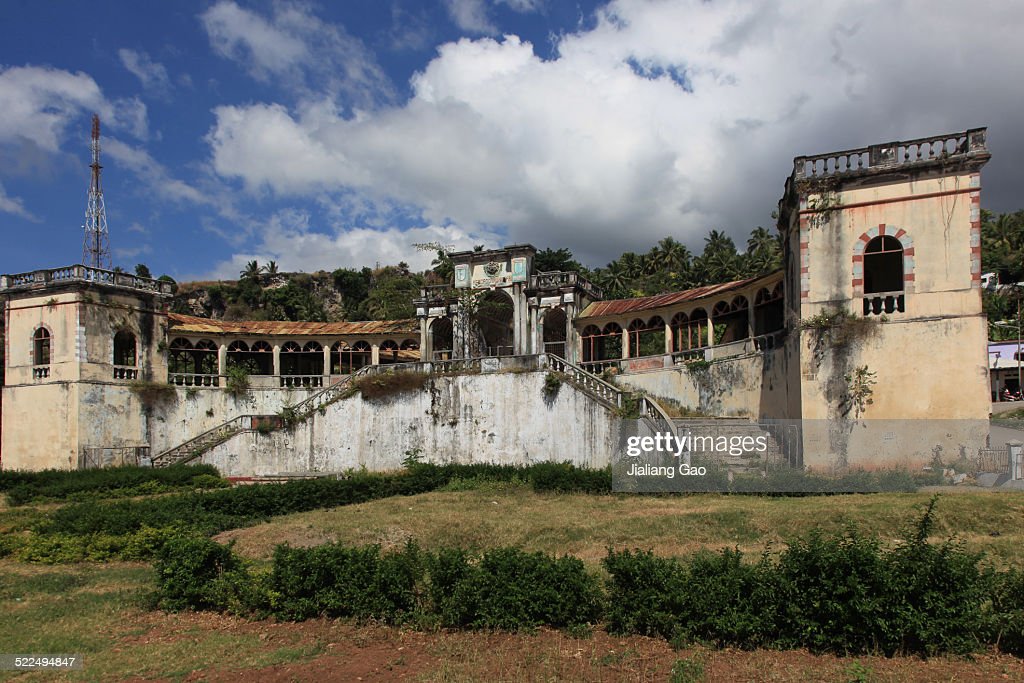 Baucau is the second-largest city in East Timor, after Dili, the capital, which lies 122 km east of Dili. Baucau has about 16,000 inhabitants, and is the capital of Baucau, located in the eastern part of the country. Baucau also has a history side or as I called as History city. It is because in this city, you could exploring around the colonial center of town. The abandoned and often scorched buildings are eerie reminders of a bygone era. Many of the buildings still have architectural value. Walk down the road following the beautiful spring down to the beach. While exploring the city, don’t forget to watch out for mangy dogs and goats roaming the streets. 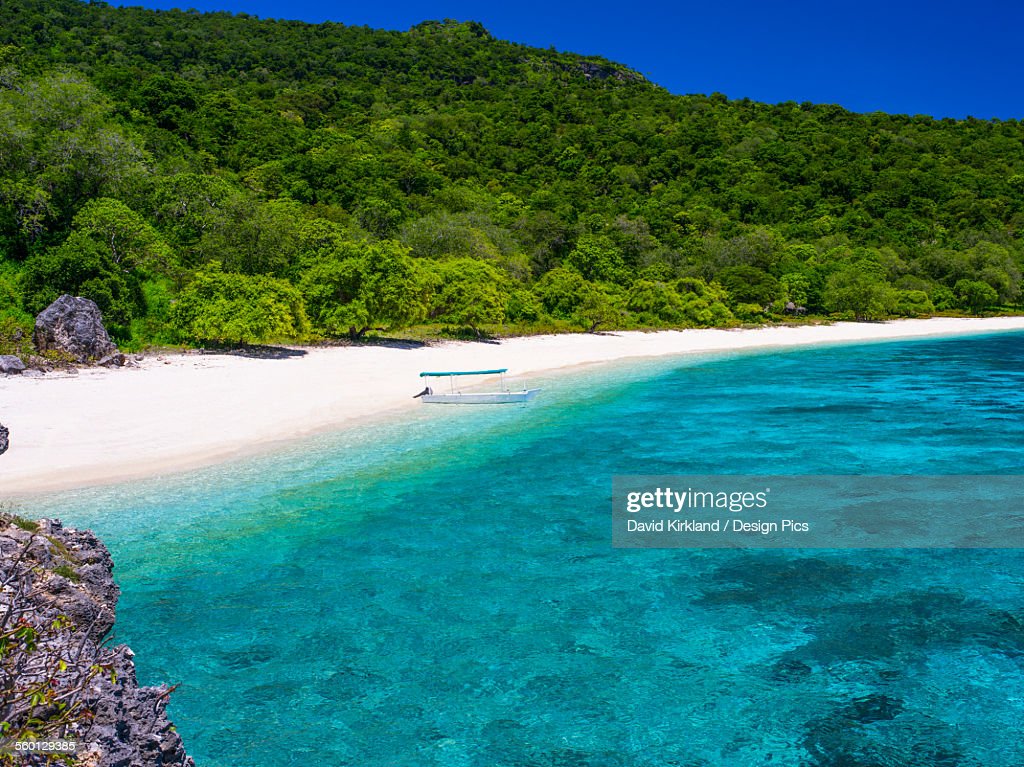 As a city with a lot of historical building, Baucau also has a beautiful sea view. The white beaches “coconut beach” or “watabo’o” (in local language), is also a good spot to spend the weekend or try to swim in the large spring-fed swimming pool owned by the “”Pousada de Baucau””.

Ermera
Ermera is one of the districts of East Timor, located in the west-central part of the country. It has a population of 117,064 (Census 2010) and an area of 746 km². Its capital is Gleno, which is located 30 km to the southwest of the national capital, Dili. The city of Ermera, also known as Vila Ermera, lies 58 km from the capital along the same road. In Marobo (Atsabe Subdistrict) are the remains of a hot springs bath from colonial times. The pool is still in use.

The religious festivals like Good Friday, Christmas Day and Idul Fitri are celebrated with great enthusiasm and splendor by the natives of Ermera. Christians are higher in majority in Ermera and few Muslim community people also reside in Ermera. The food culture of Ermera is inherited by Indonesia and Portuguese. The natives of Ermera are very much interested in non vegetarian items. The special dishes of Ermera are Tapai, Feijoada, Batar daan, Bibinka and Budu.

In recent years, number of shops in Ermera is gradually increasing because of its tourist destinations. Ermera is visited by tourists from Australia, Indonesia and Thailand. Ermera is home to variety of handicraft centres and modern shops selling clothes and daily needs.

Suai Airport is the nearest airport to Ermera located at a distance of 128 kms. Also tourists can board flights at Atauro Airport, Comoro Airport and Atambua Airport. One can choose taxis to reach tourist destinations and airport as well.

Atauro Island is a small island situated 25 km north of Dili, East Timor, on the extinct Wetar segment of the volcanic Inner Banda Arc, between the Indonesian islands of Alor and Wetar. The name means ‘goat’ in the local language, and it is also known as Kambing Island (Pulau Kambing) by the Indonesians (Kambing means ‘goat’ in Indonesian). It was so named because of the large number of goats kept there. Atauro is also the name of a vessel in the Timor Leste Defence Force, the East Timorese patrol boat Atauro

Atauro’s sandy beaches are gateways to broad fringing reefs and there’s great snorkeling all around the island. Walking trails lead through traditional villages, savannah, and remnants of tropical forest. 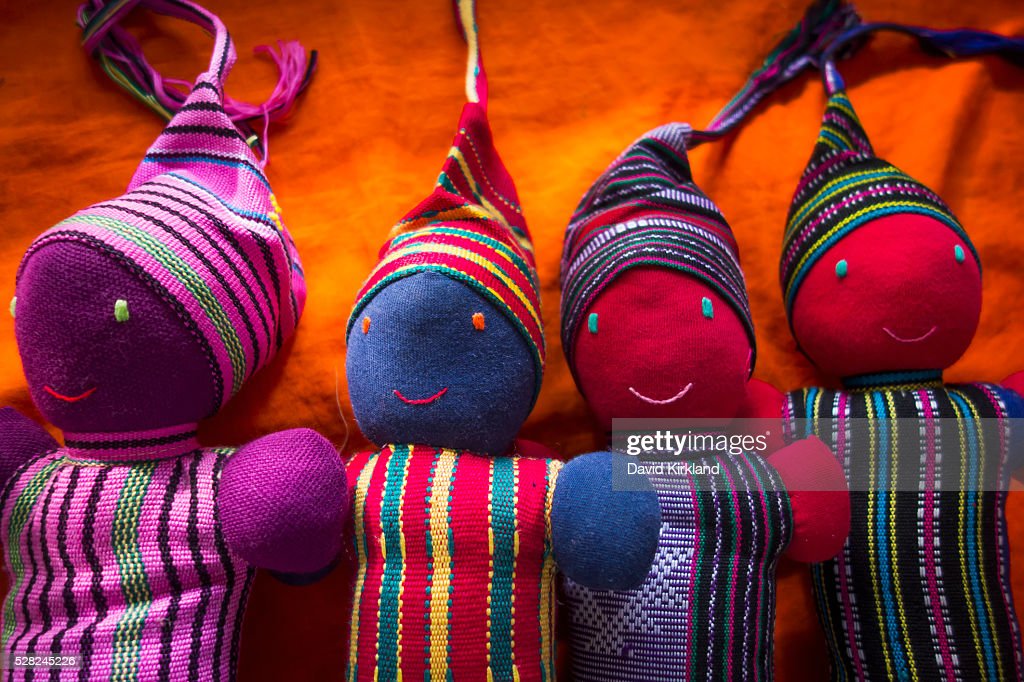 To go there, you could reach it by ferry or water taxi, stretches about 25km north to south, and is thinly populated by 8000 people who mostly live in two villages on the island’s eastern side. There are a handful of small and delightful places to stay, where you can just relax while you work up the energy for some amazing diving, snorkelling, remote trekking or intensive reading.

The best weather on Atauro Island is during the dry season from May to November. You will not only be able to enjoy the water and trekking during this time, but you will also catch the last part of the whale migration (towards the end of the dry season).

Tutuala & Jaco Island
Tutuala is at the extreme east end of Timor island. The sub district of Tutuala is delimited by Jon Inakafu and Savirara beaches to the north, Valu Beach on the east, the uninhabited Jaco Island is to the south and the western limit by Malahara and Hi-lapuna hamlets, Veru Beach, and Somoco hamlet. Tutuala is situated within the Nino Konis Santana National Park. Geographic features of importance include Lake Ira Lalaro and Mount Paitchau, as well as the caves of Léné Ara.Ile Kére Kére and O H. 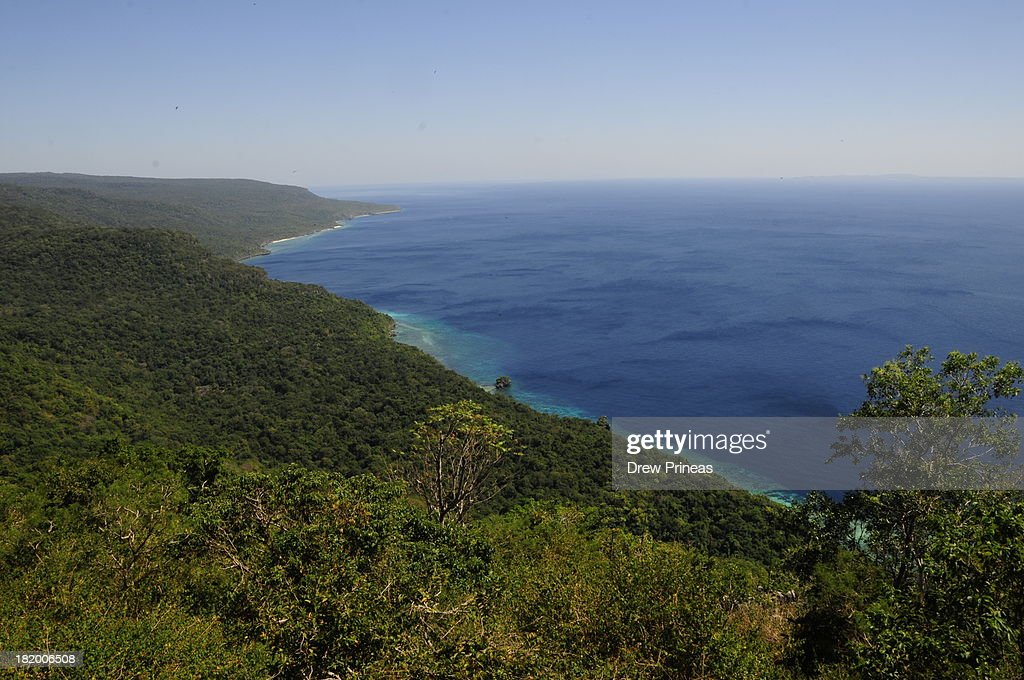 Jaco lies just off the eastern end of the island of Timor, part of the Tutuala subdistrict in Lautém District, and is separated from the mainland in front of Valu Beach by a 700-metre-wide (2,300-foot) channel navigable by small vessels. It is low lying, with an area of 11 square kilometres (4.2 square miles) and a maximum elevation of about 100 metres (330 feet). It is covered mainly by tropical dry forest, fringed by strand vegetation and sandy beaches. There are some low cliffs on the southern coast. 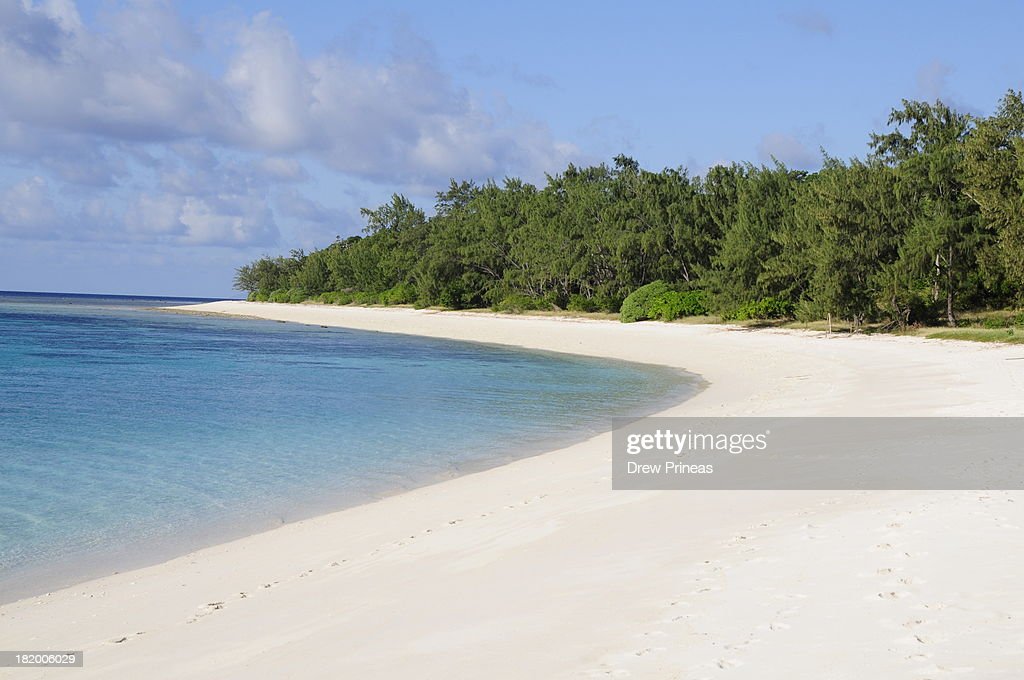 A mere 10 sq km and at most loom above the sea, Jaco Island is like the featured item in the catalog of perfect beach islands. It’s ringed by a circle of Hawless, fine white sand lapped by azure waters. Considered sacred by the Timorese, no one lives on the island and no camping is allowed. But a visit during the day is fine as Tutuala Beach is just a short way across the shallow channel. 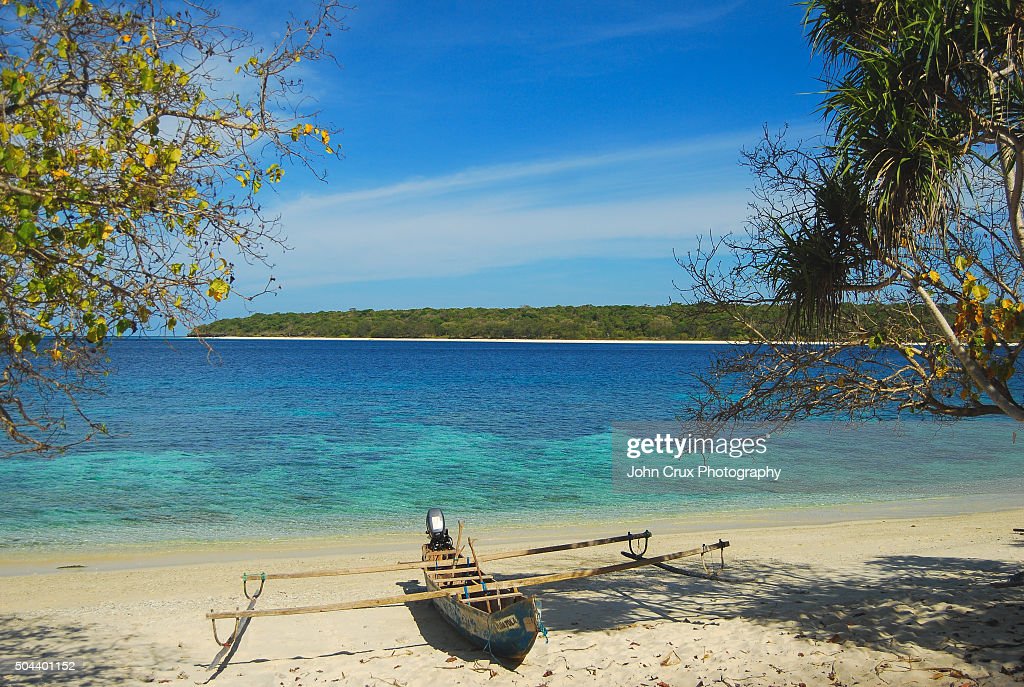 For visitors, Jaco is all about walking the sands and being immersed not just in the beautiful waters, but also in the solitude and absolute silence that prevails in this special place.

There are few thing you could do in East Timor even there’s a lot of things you could explore and much more than the list I made. It just a thing when you’re a perk of being a Southeast Asian, you have a lot of similarity but there’s something different in that. Which is our uniqueness and foreign like to come.

That’s the wrap for East Timor!
So, I’m gonna see you with another country which is my beloved country and where I came from, Indonesia!
There’s a lot of thing that you could see in there and see you next week with ‘WHAT’S IN SOUTHEAST ASIA; INDONESIA!’