Before i jump into it, I just wanna say Happy New Year! This post gonna out in New Year’s eve and last year I did write 2 post about new year. To be honest, I’m too lazy to do that because it really take much time. If you’d like to see about New Year post, you could go to MOCHI-KARE. We (me and my friends), decided to create our own blog like a joining blog called MOCHI-KARE, and yeah it linked to our Youtube channel. So, don’t forget to check it out there! (It’s written in Bahasa Indonesia by the way).

And here are for what could you do in North Maluku! 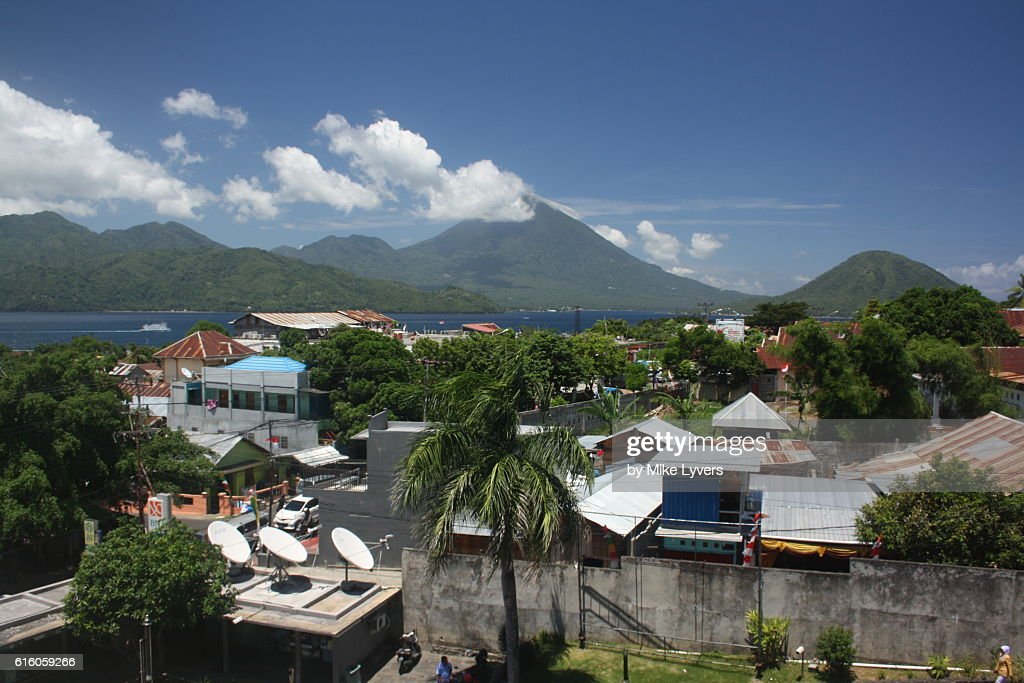 North Maluku is a province of Indonesia. It covers the northern part of the Maluku Islands. The provincial capital is Sofifi, on Halmahera, and the largest population center is the island of Ternate. The island of North Maluku is geographically formed as volcanic origin. It has shown from Dukono Mountain on Halmahera, Gamalama mount on Ternate that still active and the whole of Tidore consisting of a large strato-volcano. The rain forests of Halmahera, Morotai, the Obi Islands, the Bacan islands and other islands of North Maluku have been described by the World Wildlife Fund as the Halmahera rain forests eco-region.

The islands are also home to the largest bee in the world Wallace’s giant bee (Megachile pluto) and over two hundreds different type of bird is in North Maluku forest. The fauna itself is containing of Anisoptera thurifera, Hopea gregaria, Hopea iriana, Shorea assamica, Shorea montigena, Shorea selanica, and Vatica rassak.

When you’re in Ternate, this place is a must to visit. Because if you’re not going there, you’re traveling to North Maluku is useless and you’re gonna regret it. Jikomalamo beach is around 100 m from Ternate island and it located at secret bay, face directly to Hiri island. If you’re a type of tourist who’s like to enjoy and relaxing the views with quite or far from crowd people, Jikomalamo beach is the place.

Because of the untouch and not many people recognized this place yet, Jikomalamo become one of the best spots for snorkeling in Ternate. In here you can see the beauty of the underwater and see the rich coral reef. Beside that, Jikomalamo is dominated by Hard Coral, which make it more beauty and a heaven for people who’s like to see underwater.

There’s one thing about Jikomalamo, even it located near Ternate island and still part of Ternate island, there’s no landline access yet which is you need to go there with a boat. The locals provide a boat rental and for back and forth it cost around 250.000 rupiah or $25.

Gamalama Mount
Gamalama is a near-conical stratovolcano that comprises the entire Ternate island in Indonesia. The island lies off the western shore of Halmahera island in the north of the Maluku Islands. Most mountains in Halmahera have a point where they become ‘holy’. While your guides may not be able explain the origins of these beliefs, they do take them seriously so be respectful. Urinating beyond the ‘holy’ point is forbidden. 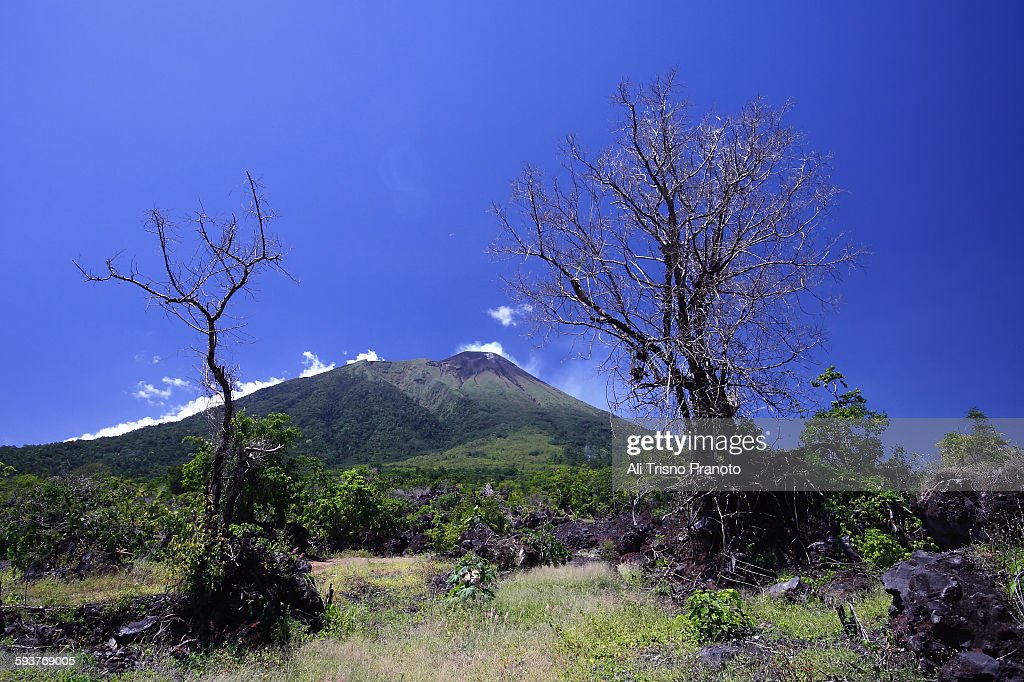 By the locals, Gamalama believed to have many sacred values. No wonder so many myths in circulation, and strengthen the sanctity of this mountain. For instance, local people are always advised on a team that plans to climb Mount Gamalama to have an even number of members. Before climbing too, as much as possible to pray, so do not experience barriers to travel.

Although impressed dangerous, but kept the charm Gamalama extraordinary beauty. So, no wonder if many of the explorers of nature that is excited to climb this mountain. Stretch of clove and nutmeg plantations, will accompany the climbers during the trip to the summit. Once on top of the mountain, the climbers can see Ternate Island landscape. Not only that, several other islands, such as Tidore Island, Halmahera Island, and Island Maitara, can be seen from here. 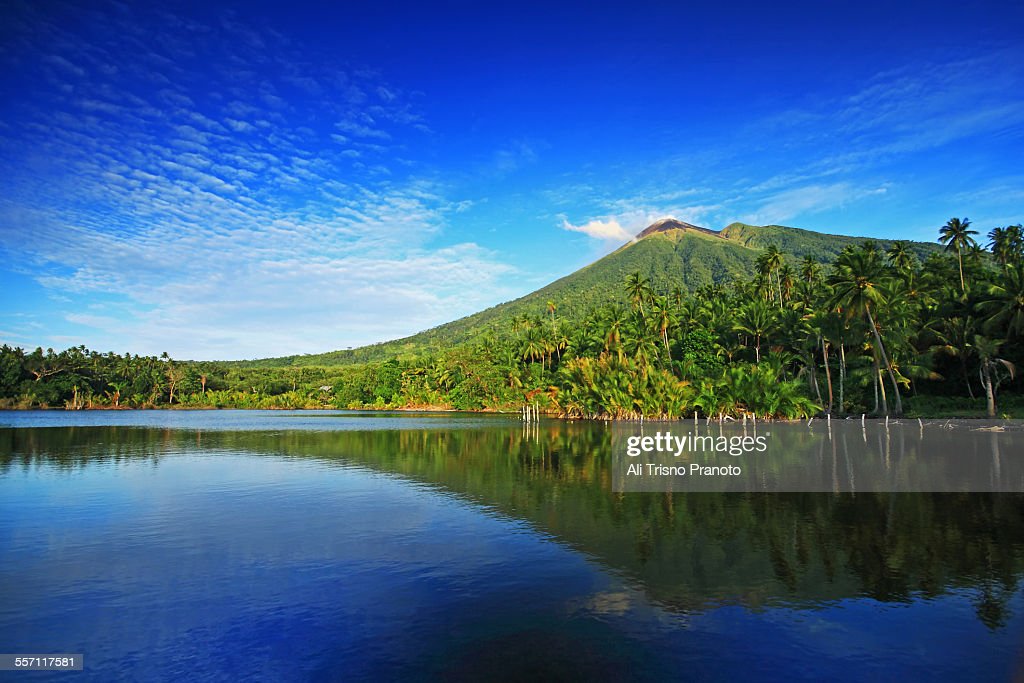 In addition to stunning scenery, hikers will also find unique places in these mountains. Among them is a stone fountain in the groove width of a large pan, which by local people called Abdas springs. It is said that this spring can cure various diseases. So, no wonder if the people of Ternate so hallowed this spring. Thus, there are certain rules to take water from springs Abdas, which should not be scrambled, and each person is only allowed to take one bottle. 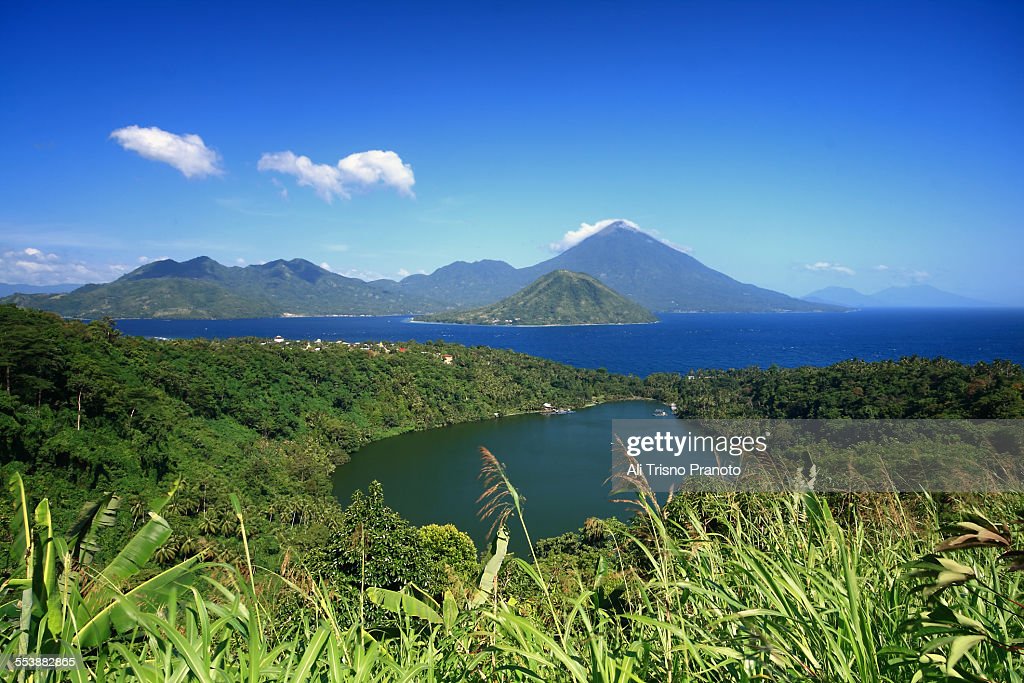 The beautiful island of Tidore is just a few minutes across the sea from Ternate by speedboat. Like Ternate, it is also an ancient spice-trading sultanate dominated by a towering volcano, Kiematubu mount. The tourist spot also similar like historic forts, beaches, and good hiking possibilities.

But unlike Ternate, which has retained its commercial and political importance as the main administrative and trading centre of North Maluku, Tidore has slipped into relative obscurity. For visitors, this is a blessing in disguise though. It means that while facilities are more limited, the traditional architecture, customs and historical sights have been spared from modern influences and over-restoration. Even the capital Soasio has the feeling of a sleepy village, and like most villages themselves, it has neat streets full of flowers and white-washed houses. 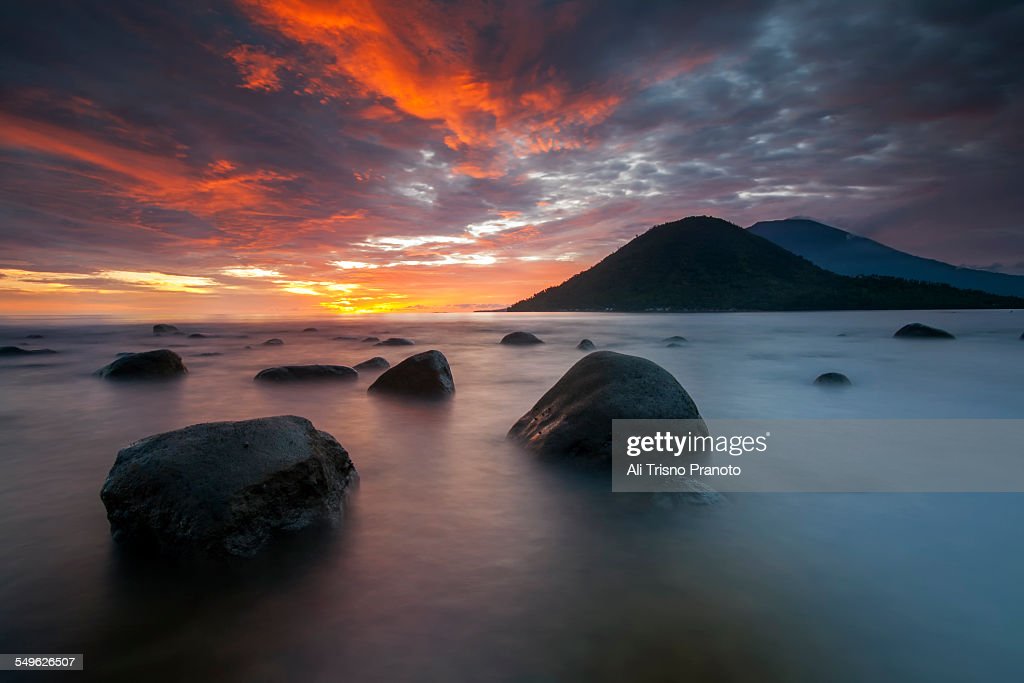 Maitara Island and Tidore island are not too far from the island of Ternate. Even from the coastal town of Ternate, the two islands are clearly visible. Just five minutes by fast boat that cruised from the Port Bastiong Ternate island to the Port of Rum on the island of Tidore.

Jailolo is a town and former sultanate on Halmahera in Indonesia’s Maluku Islands. It is located on the island’s west coast approximately 20 km north of Ternate. Jailolo is a small port that serves Halmahera’s northwestern coastal villages. Local residents recognize its island as Gilolo for Halmahera Island.

It have a lot of things to offer such as mountain biking, snorkeling, diving, and explore angel bird. So, if you join travel agent, you will be invited to dive at diving spot in Tanjung Konde and Floridas. The position of Triangle Coral of Jailolo Bay makes its bay become rich of diversity of marine life. Actually, Jailolo is the capital of West Halmahera Regency. Jailolo itself is a small city or it is just like a village, and to go there is pretty much easier than others tourist spot in North Maluku. You can go to Jailolo Bay 3.5 hours from Jakarta to Ternate. The other alternative flight is through Makassar or Manado to Ternate. From Dufa Dufa Port in Ternate City, you can continue your journey by speedboat to Jailolo Port for 45 minutes and you have to pay Rp 50.000 or US$6. You also can take a boat charged Rp 27.000 or US$3. Jailolo Bay is one of the best in Indonesia that offers you millions uniqueness and beauty marine life.

The most perfect time to visit Jailolo is when local government held Jailolo Festival. Kalamata Fort was built by the Portuguese on the island of Ternate in Indonesia’s Maluku Islands. Formerly known as Benteng Kayu Merah (Red Wood Fort), it was first built in 1540 in support of Portuguese efforts to monopolise the lucrative clove trade and to entrench their dominance over other European powers. It was rebuilt by the Dutch in 1610 who became the dominant power in Maluku.

It is located at the south eastern corner of the island 1 km south of Bastiong on the edge of the water. Because of the strategic location of fort Kalamata, from the back of this fort you could see Maitara and Tidore island directly and the sunset.

It used to became a private property by the government, but now open to the public

There are fews thing you could do in Indonesia even there’s a lot of things you could explore and much more than the list I made. It just a thing when you’re a perk of being a Southeast Asian, you have a lot of similarity but there’s something different in that. Which is our uniqueness and foreign like to come. I must admit that, Kalimantan and Maluku still considered as a development tourism place. The sources and language ability still far from what Bali and Lombok offered. Beside that, Kalimantan and Maluku are as good as Bali and Lombok or even more.

That’s the wrap for Indonesia!
There’s a lot of thing that you could see in there and see you next week with ‘WHAT’S IN SOUTHEAST ASIA; LAOS!’