Hello!
Welcome to the seventh of ‘WHAT’S IN SOUTHEAST ASIA?‘ blog series.
Last week I posted about Malaysia. It was dope, because all I post always connected to Borneo! It’s kind of bias with that, but sometimes you need to show what you’re interested so you’ll just write it with passion and appreciation in it.
Well now, I’m gonna show you a seventh country to see in Southeast Asia, which is Myanmar!

According to WIKIPEDIA,
Myanmar officially the Republic of the Union of Myanmar and also known as Burma, is a sovereign state in South East Asia bordered by Bangladesh, India, China, Laos and Thailand.

In 1989, the military government officially changed the English translations of many names dating back to Burma’s colonial period or earlier, including that of the country itself: “Burma” became “Myanmar”. The renaming remains a contested issue. Many political and ethnic opposition groups and countries continue to use “Burma” because they do not recognise the legitimacy of the ruling military government or its authority to rename the country.

In April 2016, soon after taking office, Aung San Suu Kyi clarified that foreigners are free to use either name 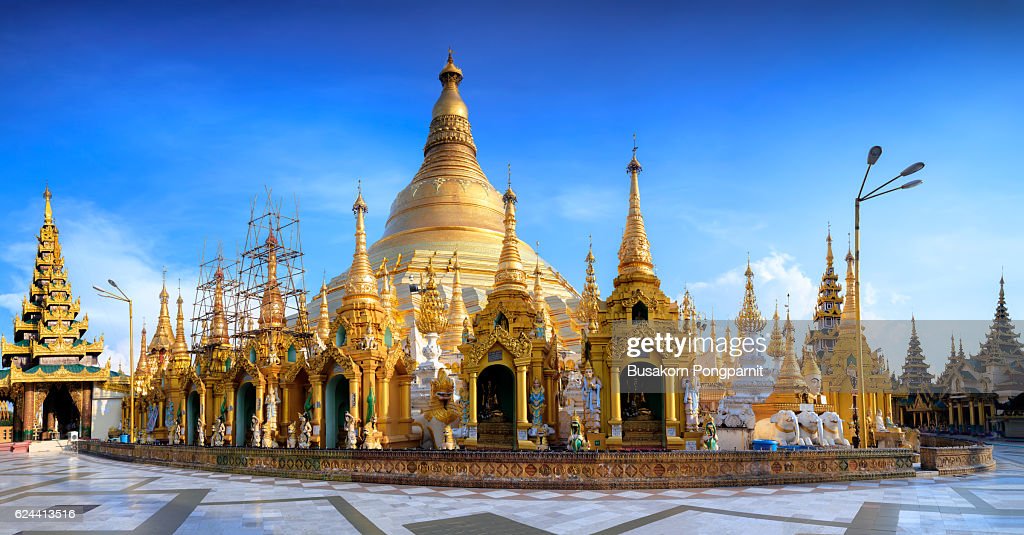 Brunei’s official language is Burmese with a Theravada Buddhism as their religion. Yangon (formerly Rangoon), the country’s largest city, is home to bustling markets, numerous parks and lakes, and the towering, gilded Shwedagon Pagoda, which contains Buddhist relics and dates to the 6th century. It’s very common to see a lot of temple when you visit Myanmar.

What can you do in Myanmar?

As you might or might not know, Myanmar is a country where foreigner isn’t much over there. It’s not because Myanmar is a bad country but their tourism promotion isn’t well known than the other countries in Southeast Asia. More than that, the political issue or internal conflict causing Myanmar as one of the conservative country where the visas or tourism’s stuff is pretty much complicated to process.

But nowdays, Myanmar most likely more open and foreigner from around the world going there, see what Myanmar look like and enjoying the views. For this post, I’m gonna give you some information about Myanmar and what can you do in there!

Another thing you need to know that you can’t find fast food (the frenchise) very easily. Since, the first fast food it self is KFC and it launched in Yangoon, Myanmar on July, 7th 2015. What I’m gonna say is, just enjoying the local food! 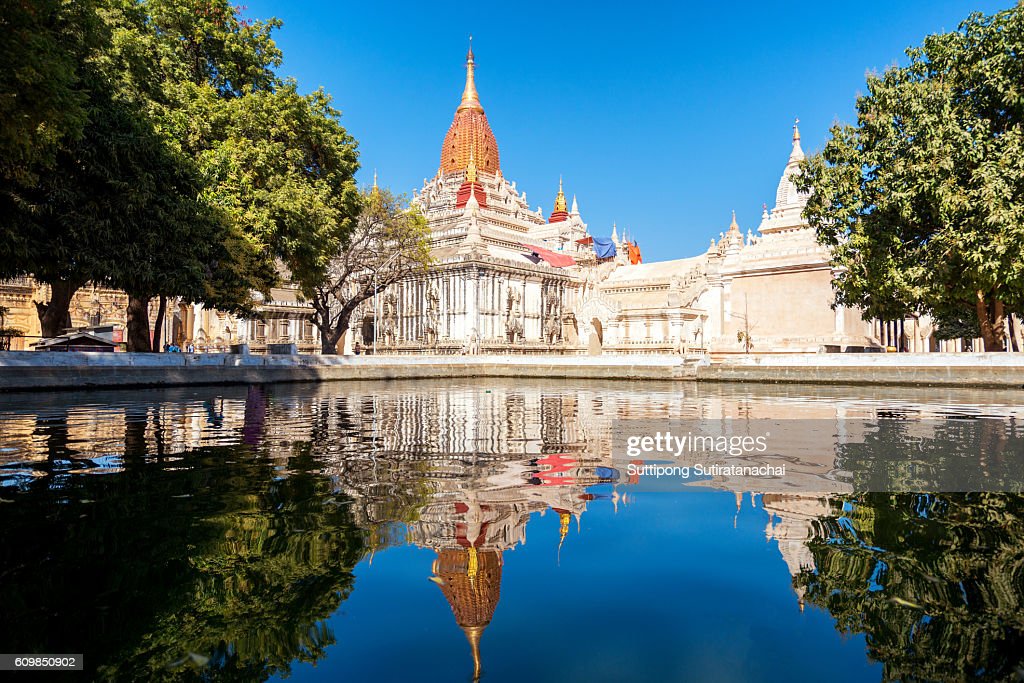 Bagan is the ancient city in central Myanmar. It become the main tourist destination in Myanmar and capital of the first Myanmar Empire; one of the richest archaeological sites in Southeast Asia. Located on the eastern bank of the Ayeyawaddy River, the magic of Bagan has inspired visitors to Myanmar for nearly a thousand years. Holy sites around Old Bagan include ornate Ananda Temple, built in 1091 and topped with a golden stupa. Nearby is the vast 12th-century Dhammayangyi Temple.

Bagan city also known as a Thousand Temple or Temples of Bagan. It’s because a lot of temple standing strong over there. Each temple had history of their king, and it’s very fascinating. For example, Ananda Temple was a place for King Kyansittha and it become one of the most famous temple in Bagan. While another temple is Dhammayangyi Temple, built in King Naratu’s reign (1167-1170). Dhammayangyi Temple is the largest of all temples in Bagan. 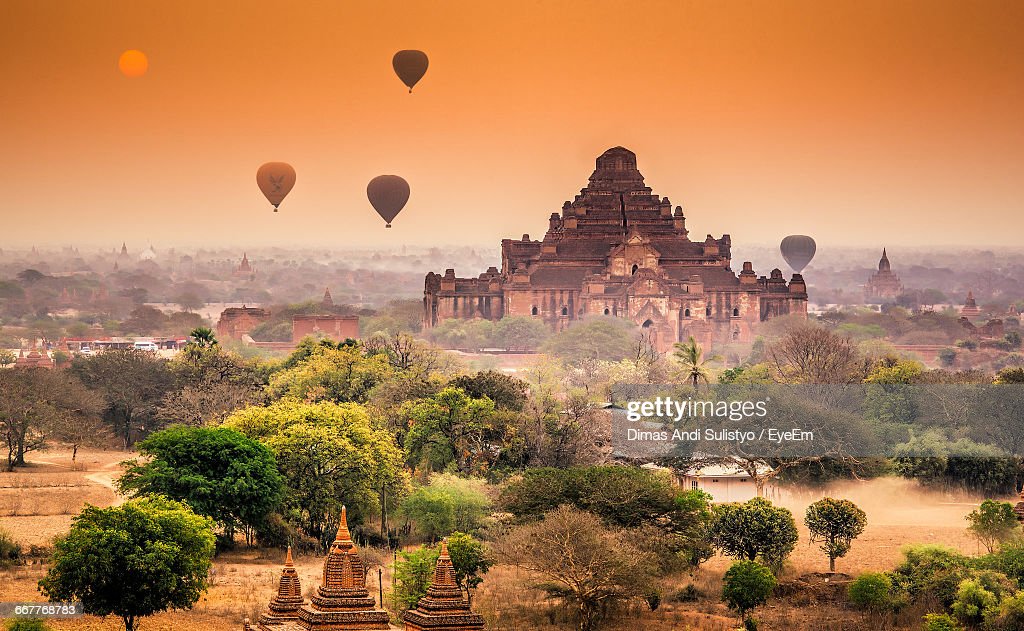 Inle lake
Inle Lake, also known as Inle Sap, is a freshwater lake located in the Nyaungshwe Township of Taunggyi District of Shan State, part of Shan Hills in Myanmar. It is outrageously beautiful and located in the mountains so it is cooler than other areas. More than 30 hill tribes live in the surrounding mountains. It is on the tourist routes via Heho Airport. Lake transport is by long-tail boat, with the jetty some 30 minutes drive from the airport. There are several lake resorts on stilt structures. Ubiquitous clumps of water hyacinth give an interesting texture to the boat ride. 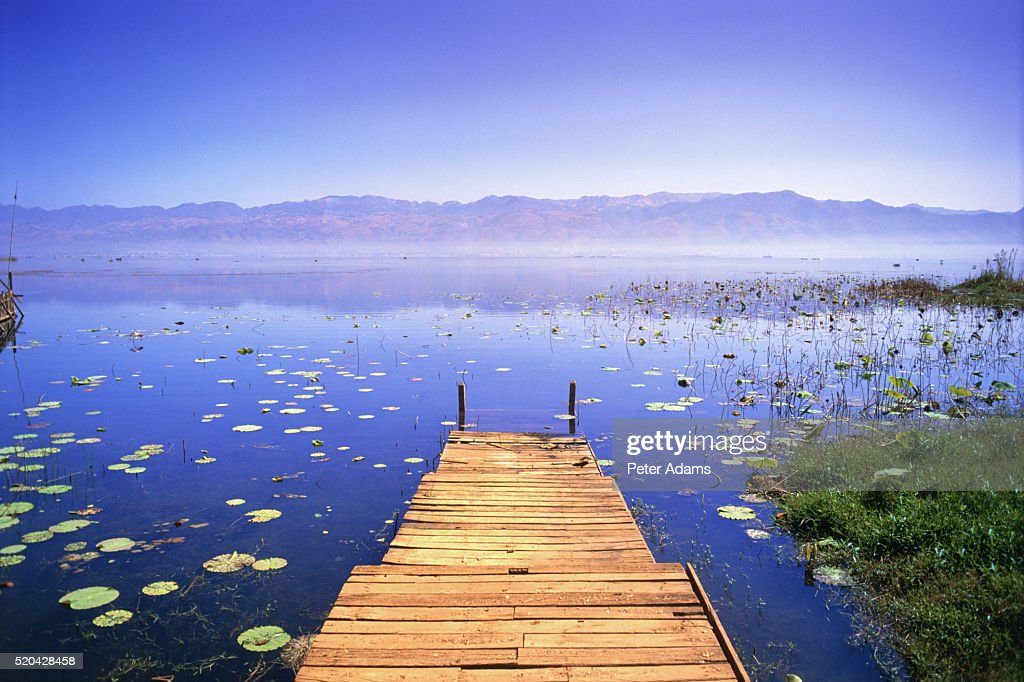 The best time of the year to visit is during September and October. The ceremonial Hpaung Daw U Festival, which lasts for almost three weeks, is closely followed by the Thadingyut festival of lights. Inthas and Shan turn out in their best clothes in great numbers to celebrate the Buddhist Lent. Traditional boat racing, with dozens of leg-rowers in Shan dress in a team on each boat, is a famous event during the Hpaung Daw U Festival.

Kalaw
Kalaw is a hill town in the Shan State of Burma. It is located in Kalaw Township in Taunggyi District. If you are kind of an adventure guy or like to hike, Kalaw has many trekking place and the view is worth it. 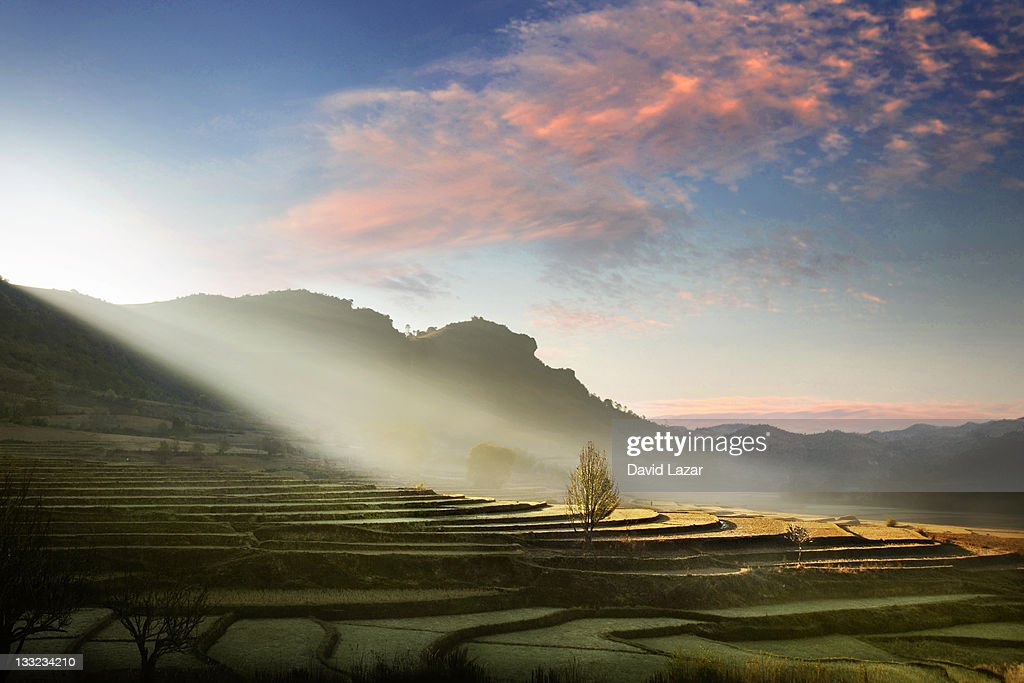 Tein Tang or Cloud Hill is one of the perfect spot to see a sunset. Just take the ‘stairsway to heaven’ situated on the north of the town, you’ll see amazing view surrounding the valley. Not far from there, you could go to Bamboo Strip Pagoda by walking or cycling which is a temple.

In some distance from Kalaw, there’s Myin Ma Thi Village where it has temple and caves. It is about 30-40 minutes bicycle ride where you could rent it from the shop right next to the Myoma Monastery, a mount bike with a price 2.500K/ day or 10.000K/ day. The entrance to the cave is free, but don’t forget to give a little donation at the entrance or exit. 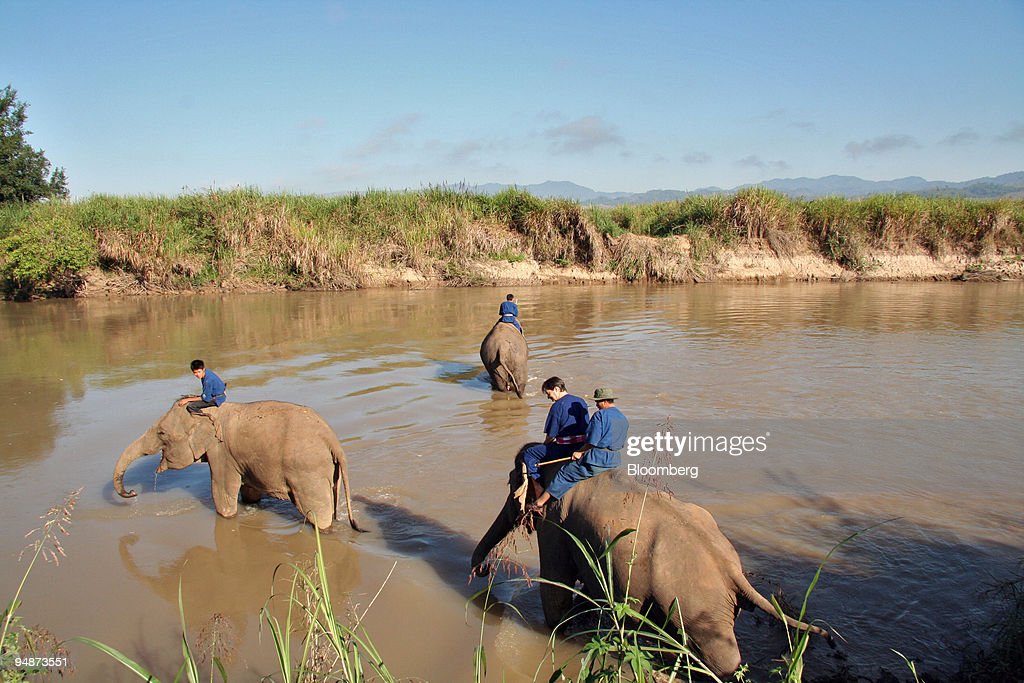 Mandalay
Mandalay is a city and former royal capital in northern Myanmar (formerly Burma) on the Irrawaddy River. In its center is the restored Mandalay Palace from the Konbaung Dynasty, surrounded by a moat. Mandalay Hill provides views of the city from its summit, which is reached by covered stairway. At its foot, the Kuthodaw Pagoda houses hundreds of Buddhist-scripture-inscribed marble slabs.

Mandalay Hill In the old days you had to climb Mandalay Hill on foot, a 30 minutes journey to the top. Nowadays visitors can take a shared pick-up for a handful of kyats. The pick-ups leave every twenty minutes and bring you to the foot of the hill pagoda, where an entry fee of MMK1,000 is collected and footwear is prohibited. As of May 2016 the former camera fee is included in the entry fee. The pagoda offers nice views of Mandalay and the surrounding plains. One can also rent a private pick-up for MMK5,000 or so, a more comfortable option since the shared pick-ups can be very crowded.

Waterfall Hill (Yaedagon Taung) is located on the east side of Mandaly, where you can have outdoor sports. Especially caving and rock climbing is the most favorite one since it is not spoiled, nor crowded and not far from the city. 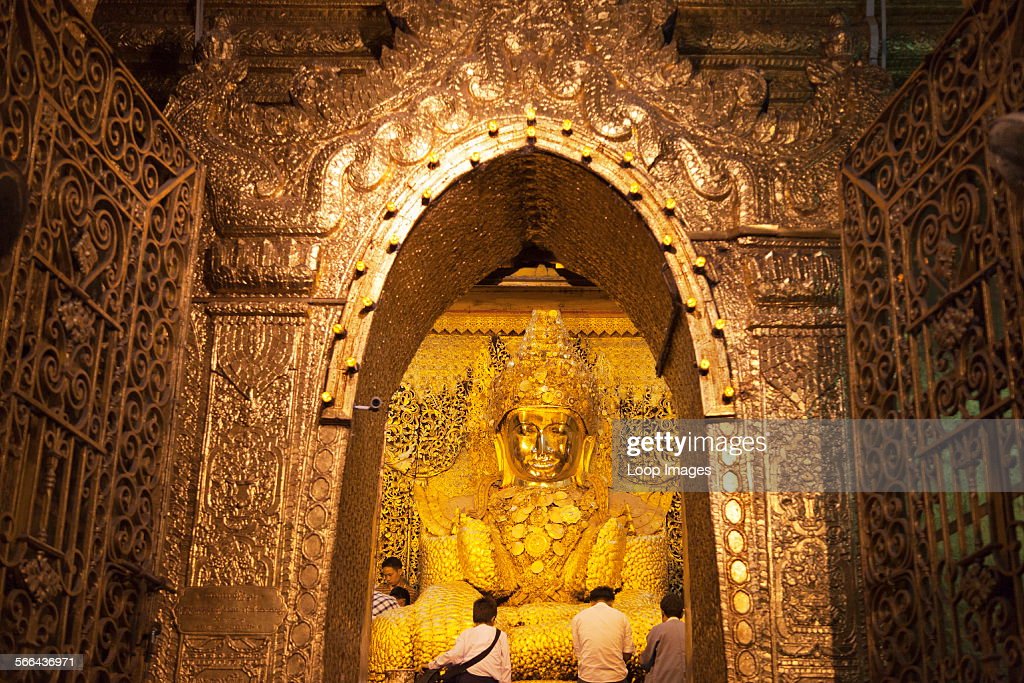 Mahamuni Paya. Visit at around 04:30-05:00 for the amazing ceremony of washing the Buddha’s face, which occurs every day and is attended by hundreds of people.

Apart from that. there’s a three cities tour, where you could arrange it from your hotel for a private driver that will take you to visit Maha Muni on the way Southwards towards Sagaing Hill which has beautiful views of the numerous golden temples around. Typical stops include a visit to Mahagandayon Monastery in Amarapura where 1,000 monks currently live and study; the Kaung Hmu Taw golden domed monastery which is modelled after the Mahacedi Pagoda in Sri Lanka; river boat to Ava where you can take a horse cart around to different temples; and the teak U Bein’s bridge where locals congregate to watch the sunset.

Dawei city is located in south-eastern Myanmar and capital of Tanintharyi Region, formerly Tenasserim Division, about 614.3 km south of Yangon on the north bank of the Dawei River.

On the small island visible approx 10km south of Maungmagan beach, there’s Myaw Yit Pagoda. Coming from Dawei, take the first road left out of Maungmagan town and continue on this road, keeping left at the fork with the big Coconuts Guesthouse sign. The road degrades in quality and seemingly goes past the destination, however note that if you continue it curls back and you will reach your destination, after passing a small fishing village with many flag-adorned boats moored.

It is very easy to get to the beach at Maungmagan, it takes about 30 minutes and during high season there are many restaurants at the beach that serve excellent seafood dishes. However, you need to go to the kitchen of the place you want to sit down at and just don’t be surprise.

Continuing to the north on the road towards Nabule. It soon becomes a dirt road and requires better bike handling skills. A few km before Nabule there is a straight pebble road to the left, which will take you past the (seemingly abandoned) Dawei Sea Port project site, towards a giant undeveloped beach.

It just a thing when you’re a perk of being a Southeast Asian, you have a lot of similarity but there’s something different in that. Which is our uniqueness and foreign like to come.

That’s it for Myanmar!
So, I’m gonna see you with another country which is Philippines!
There’s a lot of thing that you could see in there and see you next week with ‘WHAT’S IN SOUTHEAST ASIA; PHILIPPINES!’