Hello!
Welcome to the tenth of ‘WHAT’S IN SOUTHEAST ASIA?‘ blog series.
Last week I posted about Singapore.
Well now, I’m gonna show you a tenth country to see in Southeast Asia, and it is called Thailand!

Thailand is in theory still a constitutional monarchy, with the king as a very highly respected and revered Head of State, but there have been repeated military coups and as of 2016, the country is run by a military junta which allows no organised political opposition. A draft new constitution would greatly limit the power of elected governments.

👉Follow The Link In The Bio To Be Featured #amzthld

Mainland Thai culture is heavily influenced by Buddhism. However, unlike the Buddhist countries of East Asia, Thailand’s Buddhists follow the Theravada school, which is arguably closer to its Indian roots and places a heavier emphasis on monasticism.

What can you do in Thailand?

Krabi (Phi Phi, Maya bay, Talay Waek)
Krabi, the capital of southern Thailand’s Krabi Province, is a resort town near the Andaman coast. It lies in an area of limestone karsts and mangrove forest. On a hilltop reached by stairs, the Tiger Cave Temple is a Buddhist site with panoramic views. Khao Kanab Nam, 2 slanting hills rising out of water, form a local landmark. Andaman Sea destinations like the Phi Phi Islands are accessible by ferry.

Follow The Link In The Bio To Be Featured #amzthld

Phi Phi Island or Ko Pho Phi,
is a small archipelago of six islands in Krabi Province, Southern Thailand. It is touted to be one of the most beautiful yet easily accessible island groups in the world. While the latter is certainly true, the former is quickly becoming less so. The entire region is technically part of a marine National Park, but the hordes of visitors have taken a toll on the beaches and reefs over the years.

Phi Phi officially has no motorised transport, though there are a few motorcycles with truck side-cars, usually used for goods and construction material transport. Transport on land is by foot or bicycle, but in the populated areas of Ton Sai, nowhere is more than about ten minutes’ walk from anywhere else.

There are several highly skilled and entertaining fireshows held nightly in several venues on the island, including at Carlito’s, Apache Bar, Hippies, Carpe Diem, and The Tia and Millie Sunflower Bar on Lohdalum.

Isn't this paradise? Maya Bay, Ko Phi Phi Leh in Krabi province Thank you @unevensidewalks for sharing with us ————————— ดังติดอันดับโลก ต้องที่นี่เลยค่ะ อ่าวมาหยา จังหวัดกระบี่ Follow us on Instagram @tourismthailand and hashtag #tourismthailand and #amazingthailand in order to share your experience.

Ao Ton Sai is where most of the action is; be it restaurants, bars, hotels or guest houses. Most tourists stay at Ton Sai Bay because of the convenience. Even though it isn’t the most beautiful place on Phi Phi, it is still impressive.

Maya Bay,
Located in the second largest of the Phi Phi Islands, Phi Phi Leh. Phi Phi Islands is extremely beautiful, and pristine, but is uninhabited because it is a national park.

Maya Bay has arguably Phi Phi’s most fantastic beach and was the location for the movie The Beach (Leonardo DiCaprio) in 1998. The bay no longer has any coral (dead coral is in abudance), and very few (minnow-sized) fish. There is also a jump spot (~20 m) in one of the creeks behind the beach, and some climbing is possible on the cliff just next to it.

The best time to visit Maya Bay is between November and April during the high season when seas are calm and access to the bay is easy. Rough seas from May to October may hinder access but rarely deny entry.

Talay Waek,
Talay-Wak is one of Thailand’s unseen highlights claimed by Tourism Authority of Thailand. It is the miracle of nature. When the tide is low, the quite white beach will appears and connecting from Koh Kai and Koh Tub.

Talay Waek, which in English means ‘the sea divided’ is a natural feature which occurs when the Andaman Sea flows in two directions; being parted by a long sand bar which links the islands of Koh Kai (or Chicken Island, which is also the largest), Koh Tup and Koh Mor.

The best time to visit Talay-Wak is five days before and after the full moon from December to the beginning of May. This phenomenon happens each day as the tide recedes.

Red Lotus Lake
The Red Lotus Sea is a charm of Udon Thani, or “Talay Bua Daeng” in Thai. Called “Nong-Han or Han” from the original swamp that was created by nature. Currently a Red Lotus Sea located at Kumphawapi district of Udon Thani province and can be seen as you drive on Mittraphap Road between Udon Thani and Khon Kaen.

This area has two types of lotus “Ubon Chart” or Bua Saey and “Pratum Chart” Bua Luang in each category or sub-division has also seen many red lotus in Nong Han is one of Ubon Chart-called Bua Sattabun or Ratta Ubon is Buasaey kind of night blooming flowers in red, pink is also a subtle scent. The bloom of Red Lotus depending on the weather. Where little sunlight, cool red lotus will bloom in the late afternoon.

How can you resist this Red Lotus Sea? Now blooming at Kumphawapee District in Udon Thani Province บานแล้วๆ ที่ทะเลบัวแดง จ.อุดรธานีจ้า Thank you @the_world_as_isee_it for sharing with us —– Follow us on Instagram @tourismthailand and hashtag #tourismthailand and #amazingthailand in order to share your experience.

The timeframe red lotus bloom time is 06:00 to 11:00AM .But visitors can explore Han and birds throughout the day.

Ko Samui
Ko Samui is an island located in the Chumphon Archipelago in the Gulf of Thailand, some 700 km south of Bangkok and about 80 km from the eastern coastline of Southern Thailand. 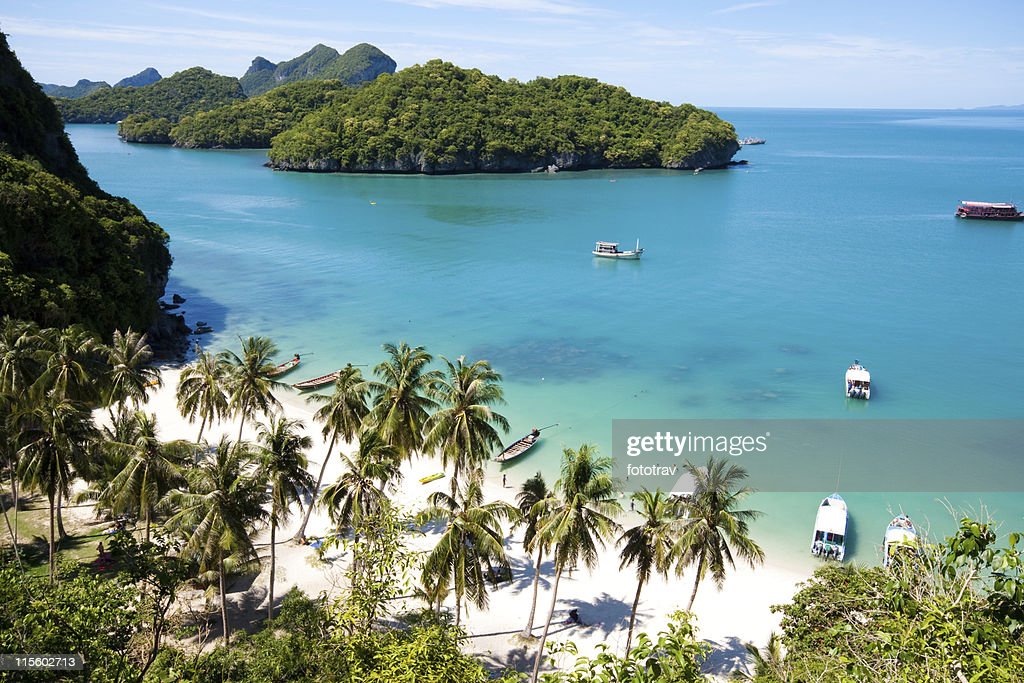 The major reason why people come to Samui is to enjoy the beaches. Even though the two main beaches of Chaweng and Lamai have generally suffered due to mass development over the past decade they are still relatively impressive.

A certain pair of rocks on Lamai amuses some visitors, Bang Rak has a large but nondescript Buddha statue, and there are some waterfalls (notably Na Muang) of minor interest. 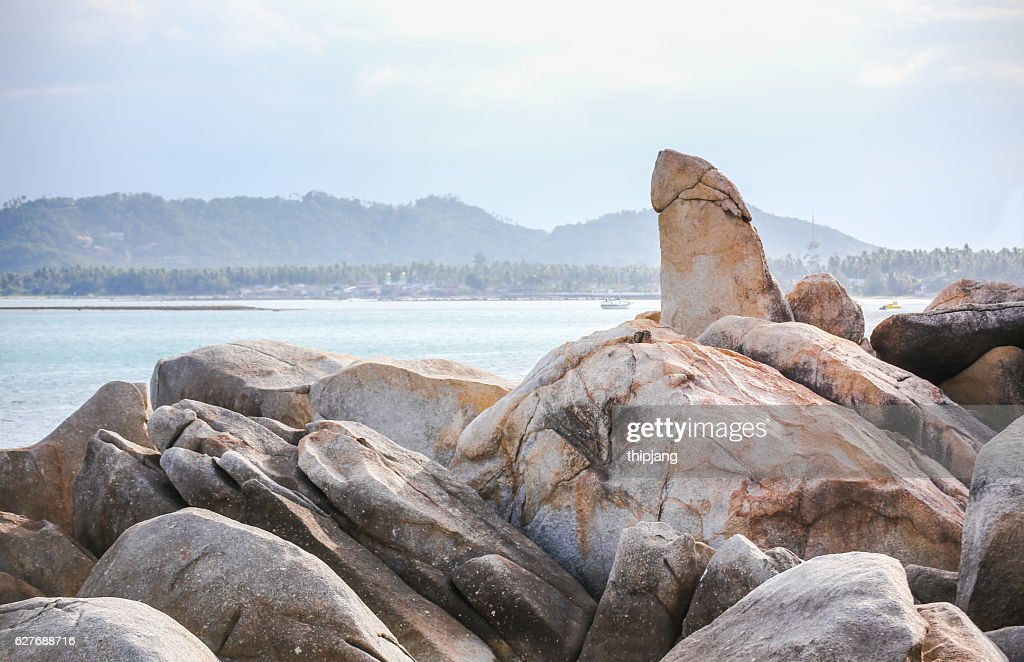 Grandmother and Grandfather Rocks, has odd-looking rocks situated on Lamai Beach bear a striking resemblance to male and female sexual organs and they have turned into one of the island’s biggest attractions.

It just a thing when you’re a perk of being a Southeast Asian, you have a lot of similarity but there’s something different in that. Which is our uniqueness and foreign like to come.

That’s it for Thailand!
So, I’m gonna see you with another country which is Vietnam!
Vietnam gonna be the last post of this ‘What’s In Southeast Asia?’ blog series, so it’s kinda sad to saying goodbye for next week. But, I’m gonna back to daily content!

So, see you next week with last post, ‘WHAT’S IN SOUTHEAST ASIA; VIETNAM!’

(Note; As you might see all the pictures are credit to @tourismthailand and @amazingthailand you should check their Instagram!)